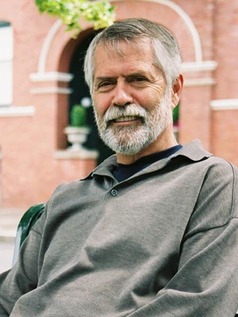 "I think it is incredibly disrespectful and potentially damaging to foster the myths of our society - myths of the unconditional sanctity of the family, myths of the innate good of any particular institutional spirituality, myths of unexamined patriotism, and on and on.  In other words, we owe the same thing to young adult readers as we do to adult readers: that is the honest depiction of our observations - the truth as we see it."
— Chris Crutcher

Despite the fact that young adult author Chris Crutcher's books have been banned or challenged 35 times over the course of his career, he was honored with the Margaret A. Edwards Award for Lifetime Achievement in 2000.  Additional honors he has received include the NCTE's National Intellectual Freedom Award, the ALAN Award, and Writer magazine's Writers Who Make a Difference Award.  Mr. Crutcher describes his books as "honest" and "intense" depictions of real teenagers living real lives.  Some of his most well-known works include Staying Fat for Sarah Byrnes, Athletic Shorts: Six Short Stories, Chinese Handcuffs, The Crazy Horse Electric Game, Stotan, and Running Loose.  Mr. Crutcher writes stories and creates characters who are based on the real kids he's met through his experiences working as a family therapist specializing in abuse and neglect, as well as the time he spent as director of an alternative school.  As a result, his literary work has a sense of realism and emotional appeal that often makes his books a primary target for censors.  He considers his status as one of the most frequently banned authors in North America to be an accomplishment, and he believes in each individual's freedom to read what they choose.  Check out the links below to find even more information about Chris Crutcher and his work fighting against censorship.

Proof that teens CAN stop censors

Information about Chris Crutcher's experiences with banned and challenged books